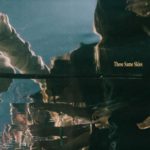 Pandemia : How Coronavirus Hysteria Took Over Our Government, Rights, And L $29.99

Unlikely : Our Faith-Filled Journey To The Ends Of The Earth $44.99

With God All Things Are Possible Classic Journal $16.99
Home / Books / Christian Living / Unlikely : Our Faith-Filled Journey To The Ends Of The Earth

Unlikely : Our Faith-Filled Journey To The Ends Of The Earth

A teacher nicknamed him Stupid for an entire school year…job-placement counselors told him to steer clear of college due to his academic ineptitude…friends shied away from him because of his love for the arts…even those closest to him were mystified by his early passion for the Bible and his lack of interest in sports.

And the enemy used it all to torment him daily for years.

But Rick Renner was no misfit, as his young mind had been told. He not only marched to the beat of a different drummer from a very young age — he was marching to the rhythm of God’s unique calling on his life. It was a call to full-time ministry that drew him through the confusing mire of opposing voices and dream thieves to Soviet lands on the other side of the world — to places where his love for the arts was normal, but most importantly, to places that had been spiritually dry and devoid of the Bible for decades, where the people welcomed him and his family with open arms.

Rick’s intellectual ineptitude was also refuted when he studied Greek in college and went on to become a foremost teacher of New Testament Greek in the international Christian community. Having begun the first Christian television network in the former Soviet Union; produced daily TV teaching programs that air around the world; and written more than 50 books on topics ranging from Church history and spiritual warfare to events concerning the last days, Rick’s story is as unlikely as they come.

Having grown up in Sand Springs, Oklahoma, Rick now lives in the metropolitan city of Moscow, Russia. In his autobiography, he writes about:

*the pain of suicide and multiple divorces in his extended family.

*his struggles against mind-bending spirits that tried to derail him from his youth.

*his close experience with the spirit of death.

*saboteurs on the inside.

*threats against his life by a motorcycle gang, a madman, and the Russian mafia.

*a government confrontation when he and his team were building the first Protestant church in that former Soviet republic since it had become a part of the USSR decades earlier.

You will laugh and cry — and be encouraged and inspired — as you read this author’s vulnerable account of his unlikely calling and the many obstacles and personal challenges he had to overcome to fulfill it. And you’ll rejoice to read about his many happy endings, including his unlikely courtship and marriage to his wife Denise, who has

Be the first to review “Unlikely : Our Faith-Filled Journey To The Ends Of The Earth” Cancel reply